Basics: What is Energy?

This is where radar comes into play, either by the use of an aircraft that has on-board radar, a supporting AWACS aircraft (Airborne Warning And Control System) or by the use of a GCI (Ground Control Intercept); via radar we / they detect possible hostiles, also known as contacts, which can then be intercepted via the use of launching radar-guided missiles. In layman's terms radar works by sending out a signal in the radio spectrum (above 300 MHz, or 300 000 000 Hertz) which reflects off of any targets, and is reflected back to the radar (receiver); similar to how in a still water dropping a rock produces ripple waves, that bounce off of any object floating in the pond and reflect back. We can distinguish targets by comparing the reflected signals bouncing off the target to the radar waves that went straight on, as there is a difference in reflected radar waves off the target and not getting radar waves back at all, or at a delay (when bouncing off the mountain behind the plane).

Alternative to using radar we could also track our targets with the use of detecting their heat signature, which is generated primarily by the use of their fuel burning engines (and especially if they are using their afterburners). Similar to the radar example above, there is a difference between the large heat source and the surrounding air; the difference with radar is that we can measure the heat radiating off of the

Please refer to the 'Radar Operation' section of this page on the (more accurate) operating principles of radar, and the different types of (radar / infrared) missiles. 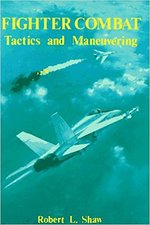 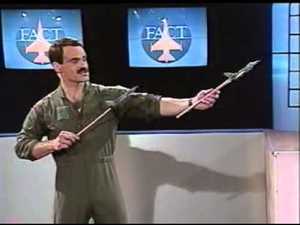