The triggers menu is used to create and edit triggers in a mission that can govern any game logic a user can dream up. It primarily consists of three columns that define different parameters for each trigger. By default the conditions and actions columns will be blank until you select a trigger in the left most column. Each column as up and down arrows used to move the selected action within each relevant column.

Name of the trigger, how it executes, and UI color to easily categorize multiple triggers.

The statements that have to occur in order for the designated action to take place. List of commands that get executed when the conditions are met.

List of commands that get executed when the conditions are met. 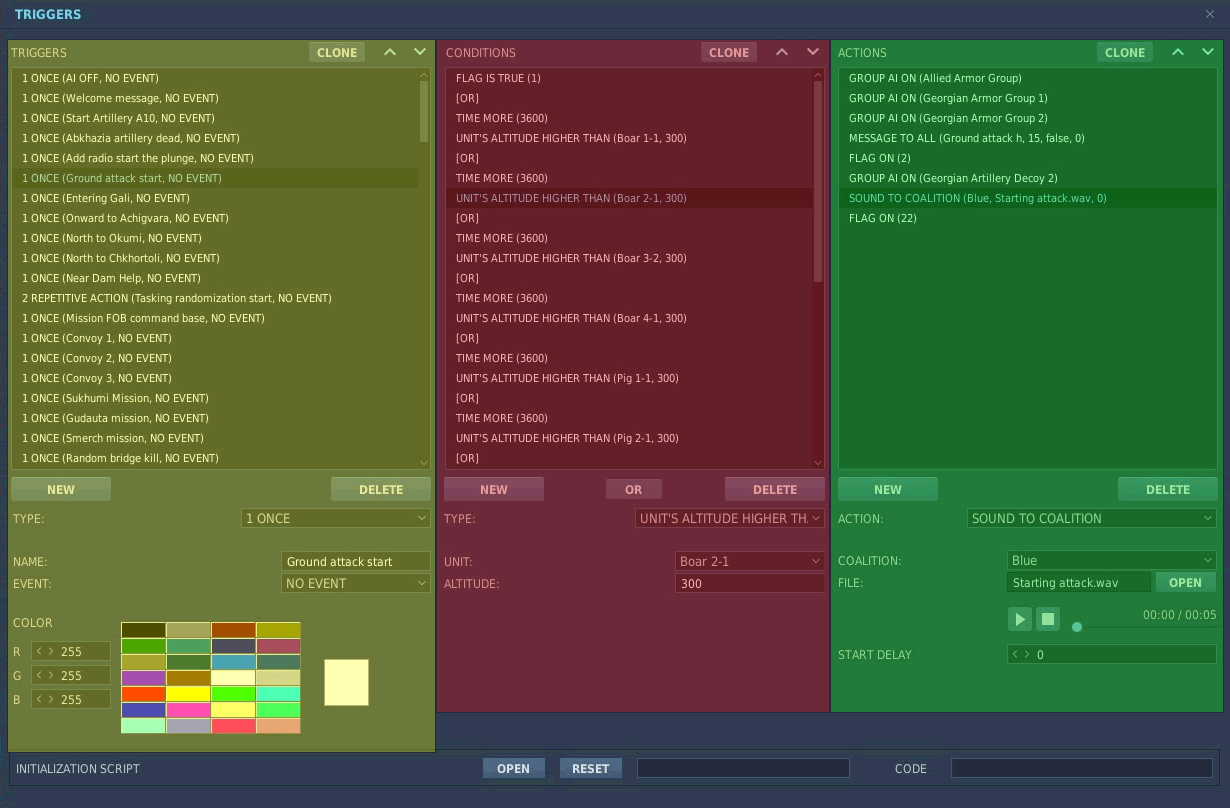 Condition: Evaluated Continuously, until it is evaluated as "True". Then removed from the list of evaluations.

Event: Defines when condition is checked.

Action: Activated Once, when condition is "true". 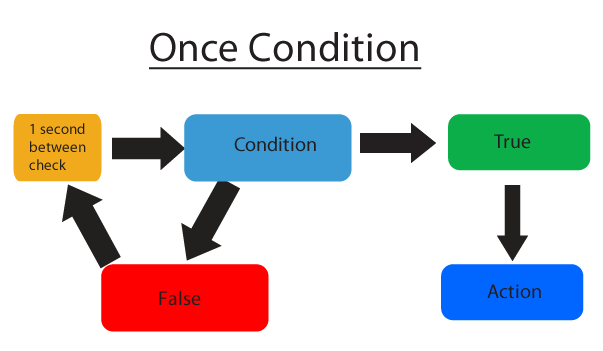 Event: Defines when condition is checked.

Action: Repeated every time as long as the conditions stays "True". 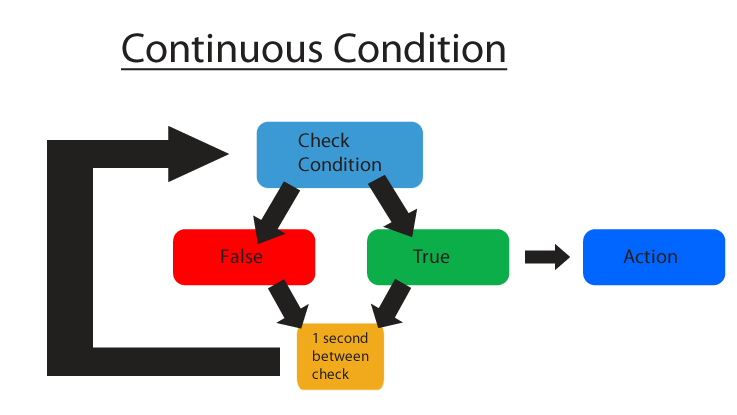 Action: Repeatable, Once per condition-set changes from "False" -> "True". Actions will be performed again on the next "Switched state-change" 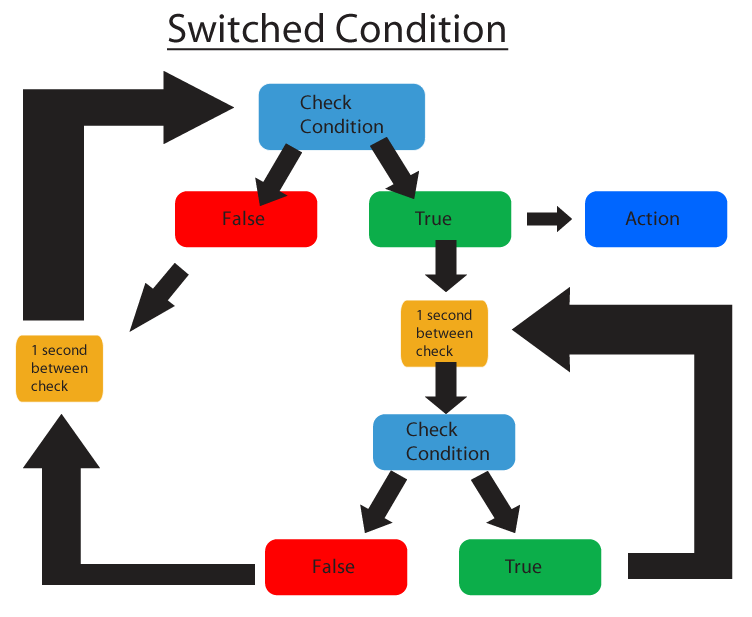 Condition: Evaluated Once, at mission startup.

Action: Performed Once, at mission startup.

Triggers are evaluated either at a default interval or during an event.

All triggers are evaluated at a set interval of once per second. If a trigger type of "Once" is evaluated true it is removed from the list.

Events are available only for Once and Repetitive trigger types. Triggers with a defined event will only be checked whenever the specified event occurs within the mission.

It is also worth noting that the "Mission Start" trigger type functions the same as a "Once" Trigger with an event of "Mission Start" would. This event type does not exist however.

And conditions require all conditions linked to be true in order for the trigger to be evaluated true.

Example in Pseudo Code: If X AND Y AND Z are all true, Then Do action 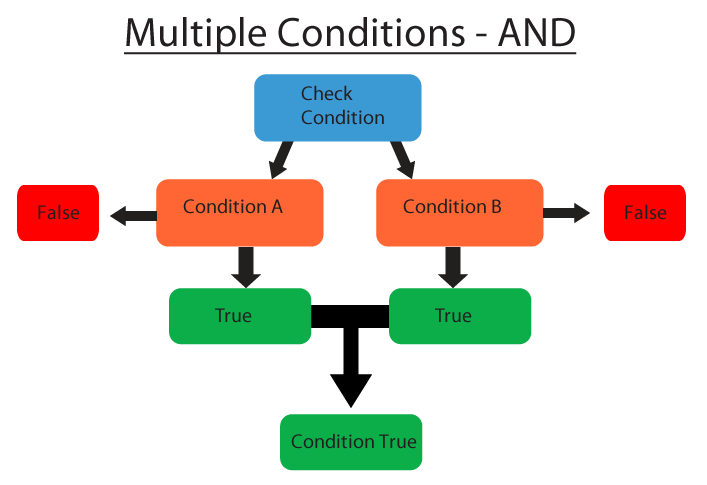 Or conditions require any condition linked to be true in order for the trigger to be evaluated true.

Example in Pseudo Code: If any of the X OR Y OR Z is true, Then Do action 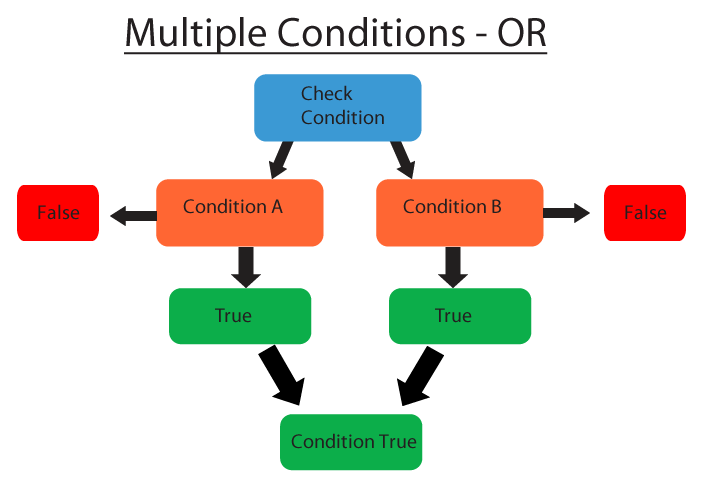