The SA-13 Gopher is the NATO designator for the soviet originating Strela-10 short range missile system. Strela-10 is mounted on a self-propelled armored TELAR, carrying four 9K35-missiles in parallel launch tubes. The launcher segment is swivel mounted and erectable. At a distance less than 5 NM the crew will erect the launcher system. Closing nearer than 4 NM the launcher will start to aim for the target and track it. Launch is then imminent and will likely occur at 2.5-1.5 NM distance. Missiles reach a maximum speed of about 1000 kts. Guidance is carried out by passive infrared sensors aboard the missile. Before launch, aiming can but doesn't necessarily need to be supported by the 9S16 "Snap Shot" ranging radar, located between the launcher canisters. 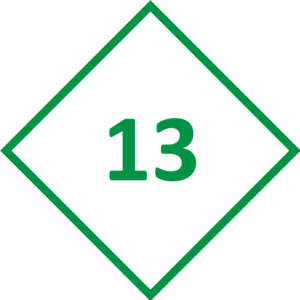 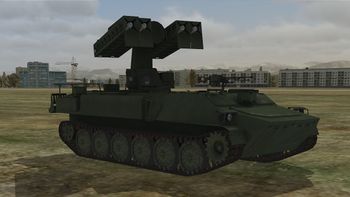 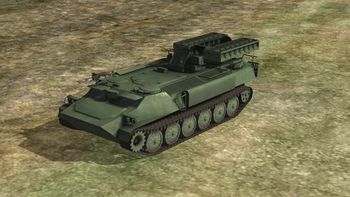 Launch of missiles can surprise you without prior RWR indication, as the Snap Shot radar is used optional only and the also installed Flat Box radar is working passive. So you will have to achieve awareness in a split of a second. Depending on your height, you will have to decide what to do quickly. If those bastards launched missiles at a distance of 1.7 NM, you will have about 7 seconds until impact. This is not much time. If you think you can reach the ground, go for it and hug it as close as possible. If you know you are too high to reach the ground before impact, pop flares like hell and hope for the best, initiating some smart escape maneuvers. Good luck!

If you expect SA-13 presence and don't want to engage it you may overfly the area in a safe height of 12000 ft or simply avoid the area in a distance of 5 NM to the suspected site. If you know the exact location of the Strela-10 vehicle and can negate the possibility of other dispersed units in the vicinity, you can eliminate it with a Maverick from outside its firing range. Marksmanship qualities provided, you have also good chances to kill it with precision bursts out of your GAU-8/A in consecutive attack runs, breaking away at 3 NM at the latest.