The SA-15 Gauntlet is the NATO designator for the soviet originating Tor 9K330 short range missile system. Tor comes as a self-propelled armored TLAR, carrying eight missiles in vertical launch tubes. At a distance less than 14-13.5 NM the SA-15 crew will begin to follow the path of a potential target with the top mounted rotating parabolic antenna of the target acquisition radar. Closing nearer than 10-9.5 NM the target will be tracked by the phased array antenna of the target engagement radar. The SA-15 will open fire if you get within about 4.8-4.5 NM to the site. Consecutively two missiles will be fired often in a single attack. Missiles are guided by the TLAR via radio signals and reach a maximum speed of about 1500 kts. 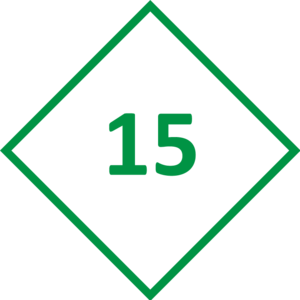 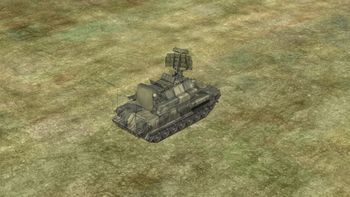 The Tor missiles are radio guided by the TLAR, so keep in mind it is the launcher's radar you have to distract with chaffs, not the missile. Breaking the line of sight to the TLAR might therefore be enough to accomplish to shake off closing missiles, if orographic conditions allow this. Diving deep towards the ground instantly after missile launch while simultaneously turning away from the launch site might successfully run pursuing missiles into the ground without the use of a single chaff. If you didn't get hit within 20 seconds after launch, chances are high you are safe.